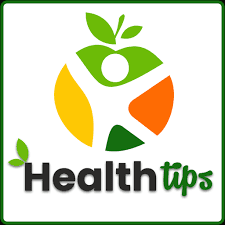 The observance of the madhhab is said to be significant because of its significance in the Qur’an and Sunnah. Those who are there have been deprived of the command of any verse of the Qur’an, the command of any verse is valid, any verse has been revealed in any context, any verse has been revealed for whom. What is the real meaning of a sentence? In which principle of Arabic grammar does this sentence fall? Which statement is used in this verse or Hadith? You don’t have to be smart about it. Also which is a saheeh hadeeth and which is a weak hadeeth? Which hadith weakens? Which makes the hadith stronger? There is no such scholar at the fingertips of the biographies of the narrators of Hadith. However, if the hadith is not strong, then the Shari’ah rule is not proved by it.

It is difficult to find a wise person in all these matters. Most people are not scholars. Even a handful of scholars are not aware of all the things described. So it is impossible for us to extract the correct masala from the Qur’an and Sunnah.

And in the second verse, Allaah and His angels prayed for the Messenger of Allaah (peace and blessings of Allaah be upon him).

It’s hard to say that there are so many types. So it is reasonable for a wise, intelligent person to solve the problem according to his research

The wise Fuqahahi Kiram has solved all the problems according to the Qur’an and Sunnah, the sense of the Ummah and the logic The name of following all those ages is Madhhab. To follow what Allah has directly instructed in the Holy Qur’an.

Is there any evidence of obedience to the Prophets, Companions and Tabi’is of the Madhhab?

This madhhab must have been made clear by the previous statement. Thus, there is no need to follow any madhhab in the world of the Prophet (peace and blessings of Allaah be upon him). Because he himself is one of the law makers. Whose explanation will he explain? He only acted knowing the solution from Allah and instructed to act.

What is the madhhab of the Companions?

It was important for the Companions who were directly with him to follow the interpretation of the Prophet (peace and blessings of Allaah be upon him). Also no one has an explanation. However, all the Companions who were far away from the Prophet (peace be upon him) followed the madhhab of the wise Companions of that place. In Yemen, for example, after the madhhab, Hazrat Mu’adh bin Jabal. The people of Iraq followed Abdullah bin Masood.

Notice in this hadith that during the lifetime of the Prophet (peace and blessings of Allaah be upon him), Hazrat Mu’adh (may Allaah be pleased with him) said, “If I do not find this Qur’aan and Sunnah, I will make ijtihad on my own.” Need to be done.

Apart from that, all the madhhabs of Sahabi should be followed at the age of Sahaba