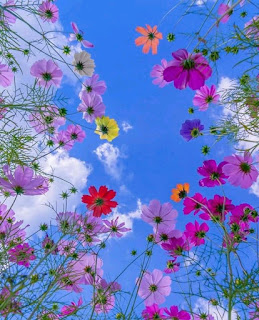 the meaning of fatiha is beginning of opening the Quran begin.

he verbatim meaning of ‘ Fatiha ‘ is beginning or opening . The Quran begins with this Sura . So the name Fatiha or opening has been appropriate . In addition to this name , the Sura has got a few other names . The Sura itself is a small one . It has only seven aiats or verses . But its significance is very deep . We recite this Sura regularly to perform Namaz or Salat five times a day Without it we can’t say our prayer . The oneness of Allah , worship of Him , obedience to Him – all these ,

it bodes forth at the beginning and the purport of the entire Quran is embodied in it . its other name is ‘ Ummul Quran ‘ or the mother of the Quran . There is a great difference between Allah and man . We have already discussed that Allah is the Creator – the Master of birth and death and man is His servant , a carrier of His orders . Man has to depend on Him in every walk of life and there is no alternative save worshipping ( doing Ebadot ) Him . The Sura under discussion gives man a nice form of prayer . For this , the Sura is termed as Ta Limul Masaala or teaching of prayer . Sura Fatiha is a prayer– a Munajat . It teaches us to how prayer is prayer be accepted by Allah to be done . The significance of Ameen ‘ at its end means that the.

Karim ( Sm ) has been styled as Hadith . But technically Hadith means Hazrat’s speech , activity and approval . What Hazrat presence or in the know of him and he approved it or remained D. Exam 2010 ) two himself said , what he did and what was done or said either in his Silent . This approval or silent consent is called Takrir . In this consideration , Hadith is of three kinds namely , Kawli ( Verbatim ) , Feli ( Actional and Takriri ( Approved ) . But originally Hadith is of kinds – Hadith Ummi , and Hadith Kudsi . The Hadith narrated by the Prophet as the speech of Allah but not put in the Quran is known as Hadith Kudsi . All other Hadiths are known as Hadith Ummi . Hadith is the direct explanation and analysis of the Holy Quran . Here lies its importance . Without the clear understanding of Hadith a Muslim can’t lead his life to the path of Allah . It is the second source of Islamic knowledge . In this context Allah says , ” Accept what my Rasul gives and prevent from what he forbids you to do . ” Hazrat Muhammad ( Sm ) himself said , ” I am leaving for you two things — the Quran and the Sunnah . You will never be led to an evil path if you follow these two things strictly . A true Muslim can’t lead an honest and pure life without the knowledge of th Quran and the Hadith . The main books on Hadith are Bokhari Sharif , Muslim Sha Meshkat Sharif , Tirmijee Sharif