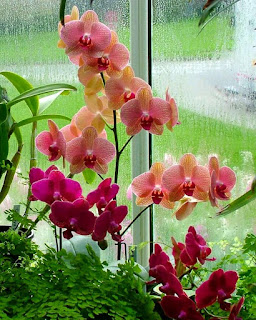 Take things in stride and try not focus too much on the problem.

Mohammad Abu Jafar, ancestral home in Alkaran area of ​​Chittagong.  He married Rosie Akhter, a girl from Maijdi area of ​​Noakhali.  His wife was not accepted by his parents due to his family’s consent.  In fact, due to loving marriage, Abu Jafar became very separated from his family and relatives.  He used to work in a well-known shop in New Market and run his family with no grief.

Abu Jafar once migrated to Kuwait, a Middle Eastern country, in search of Rizik.  He earned a lot of money in the first job and later in business.  He bought a place in the name of his wife and built a house in Kazir Deuri area of ​​Chittagong city.  All the hard-earned money and wealth in exile was deposited in the bank accounts of all the wives.

Abu Jafar returned to the country after a long exile.  Abu Zafar owns his own house, rent and business and assets worth crores of rupees.  With his wife, two sons, Fahim and Naim, and their only daughter, Priyanka, Abu Jafar built a happy home in 1817, 2nd Street, Qazi Deuri.

This happiness did not last long in the life of Abu Jafar.  There is a terrible and dark time in the life of the family.  He often had quarrels with his wife over various worldly matters.  10/12 years ago, Abu Jafar filed a case under the Violence Against Women Act demanding dowry from his wife over a family dispute.  Who has been abandoned by his parents, brothers and sisters out of love and all the money he has earned has been deposited in his account.  Abu Jafar was deeply hurt when he tortured a woman for dowry from a man he loved.  Unable to bear his wife’s behavior, the unfortunate Abu Zafar quietly accepted the court’s verdict and went to jail.

After getting out of jail six years ago, he went to Kazi Deuri’s house and saw that he had sold the land and house worth crores of rupees bought in his wife’s name.  Anger, grief, humiliation never returned to his wife and child.  Chose vagrant life.  Abu Jafar’s life revolved around the shrine in the guise of a fakir.

Mohammad Abu Jafar was found hungry, sick, unconscious and speechless on the side of the road in front of the shrine of Hazrat Shah Amanat Shah (ra) on the east bank of Laldighi in Chittagong at around 12 noon on Monday, November 9, 20.  Kotwali Police Station Sub-Inspector (SI) Babul Pal Abu Jafar was rushed to Chittagong Medical College Hospital where doctors declared him dead.

Abu Jafar’s address and details were later obtained from the National ID Card (NID) found in the body’s pocket.

“In this society, not only women are abused, some men are also abused. Which is not seen with the naked eye.”

May Allah Almighty forgive all the sins of the life of the late Muhammad Abu Jafar, the poor man of love, and grant him Jannatul Ferdous.