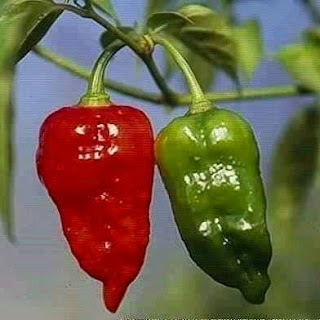 The observance of madhhabs is said to be due to the fact that the scholars are insignificant about the Qur’an and Sunnah.  Those who are there have been deprived of the command of any verse of the Qur’an, the command of any verse is in force, any verse has been revealed in any context, any verse has been revealed for whom.  What is the real meaning of a phrase?  In which principle of Arabic grammar does this sentence fall?  What rhetoric has been used in this verse or hadith?  Don’t be wise about it.  Also, which is a saheeh hadeeth and which is a weak hadeeth?  What makes a hadith weak?  What makes a hadith strong?  There are no scholars who are at the fingertips of the biographies of the narrators of Hadith.  But if the hadith is not strong, it does not prove the Shari’ah rule.

It is difficult to find a wise person in all these matters.  Most people are not scholars.  And even a handful of scholars are not knowledgeable about all the things mentioned.  Therefore, it is impossible for us to extract the correct masala from the Qur’an and Sunnah.

O you who believe, pray for him and greet him.  Surah Ahzab-56

Notice in all these places – towards the word “salat”.  Salat has come in three places.  There are 4 meanings of the word salat in these three places.  In the first part, the purpose of the prayer is “prayer”, that is, Allah Ta’ala instructed us to establish the prayer.  বাক Surah Baqara-43-

There are so many types it’s hard to say.  Therefore, it is logical for a wise, prudent person to take the solution of the subject according to his research.

In the wise Fuqaha, the Qur’an has solved all the problems in terms of the Qur’an and Sunnah, the consensus of the Ummah, and logic.  The name of following all those sages is following madhhab.  The instruction to follow which Allah Ta’ala gave directly in the Holy Quran.

Does the madhhab have any evidence of obedience to the Prophet, the Companions and the Tabi’is?

What madhhab it is surely made clear by the previous statement.  As such, there is no need to follow any madhhab in the world of the Prophet (peace be upon him).  Because he himself is one of the law makers.  Whose interpretation will he follow?  He acted only knowing the solution from Allah Ta’ala, and instructed to act.

What is the madhhab of the Companions?

Notice in this hadith that during the lifetime of the Prophet (peace be upon him) Hazrat Mu’adh (may Allah be pleased with him) said, “If I do not find this Qur’an and Sunnah, I will do ijtihad on my own.”  And it is also clear from the hadith that it is necessary to follow the madhhab like the Prophet Mu’adh on the people of Yemen.

The school of the Tabi’is

In all the areas where the Tabi’is lived, they followed the madhhabs like the wise companions or the wise mujtahids.  Notable among them were-

Then, among those who followed the madhhab in Madinah, the most notable are: Hazrat Imam Zuhri, Hazrat Yahya bin Saeed, Hazrat Rabia bin Abdir Rahman.

And in Makkah Mukarramah there were Ata bin Abi Rabah, Ali bin Abi Talha, Abdul Malik bin Juraiz and others.

And he was in Basra – Hasan Basri Rah.  Hazrat Taus bin Qaisan in Yemen.  Hazrat Makhul Rah in the evening.

Those whose fatwas have been narrated in the Muwatta, Musnads, and Sunanas, such as Musannaf Ibn Abi Shaybah, Musannaf Abdur Razzak, Kitabul Asar, Sharhu Mayanil Asar, etc.

Where is the difficulty in looking at the Qur’an and Hadith?

What are the difficulties I hope the madhhab?  Got the answer to this question.  Take a look at that answer again.

Do the muhaddiths accept the madhhab?

Understand this one word first.  That is, since the time of the Prophet (peace and blessings of Allaah be upon him) there have been two groups, one group which has the power of ijtihad or innovation.  They used to do ijtihad and give opinions on various issues.  And there was a group who did not have this power, they followed the opinion of the mujtahids.

The situation was exactly the same in the age of the Companions.  One group was the Mujtahids, a list of whom has already been mentioned.  And there was a huge congregation who did not have the power of ijtihad.  They followed the madhhabs of those mujtahids.  Similarly, the Tabi’is had the same condition, one group of Mujtahids, another group of Muqallids and followers.  Thus there were two groups among the muhaddithin, one group who had the power of ijtihad, the other group who did not have the power of ijtihad.  So some of them have madhhabs and some of them do not.  Some have brought out the masala themselves, some have followed another imam.

Just as Imam Bukhari was a mujtahid, so he did not need to follow anyone.  However, some have called him a Shafi’i madhhab.  {Al-Insaf = ৬৭, Tabaqatush Shafi’iyyah-2/2, Abjadul Uloom 610.

Thus Imam Muslim was a follower of the Shafi’i school.  {Al-Hittah-17

Imam Nasai, the compiler of Nasai Sharif, was a follower of the madhhab of Imam Ahmad bin Humble, Imam Abu Dawood, and a follower of the Hanbali school.  ুল Faizul Bari-1/57, Abjadul Uloom-610, Ilaul Muakkiyin-1/236.

1.  Imam Bukhari is a follower of Shafi’i school.

72.  Imam Muslim is a follower of the Shafi’i school.

63.  Imam Tirmidhi himself was a mujtahid.  However, he was attracted to the Hanafi and Hanbali sects.

64.  Imam Nasai was a follower of the Shafi’i school.

.  Imam Ibn Majah is a follower of the Shafi’i school.

This is the madhhab of the Imams of Shihah Chitta.

The madhhab of other Imams is from Al-Hitta of Nawab Siddiq Hasan Khan.

Even their model Abdul Wahhab mentions Najdi and Hambli on page 18 of his Al-Hittatu Fis Sihas Sittah.

Imam Tahabi was a follower of Hanafi.  Anyone can understand this by reading his compiled Tahabi Sharif.  Also, all the other muhaddiths may have been mujtahids or muqallids of some imam.

In the Qur’an, Kareem has been revealed in 8 verses.  But Hazrat Uthman has introduced a Kirat.  Which was the Kirat of Abu Asem Kufi Rah.  The reason was to prevent chaos.  So that no one makes Deen a child’s play.  And it is readily available to everyone.

Similarly, a madhhab is said to be necessary because if one was allowed to follow more than one madhhab, everyone would become his own Ripu Pujari.  He would follow the rules whenever he wanted, he would leave the rules whenever he wanted.  This was not the practice of religion, but the worship of one’s own instincts.  Therefore, in the 4th century, the ulama said that it was obligatory to follow a madhhab and closed this path of worship.  Which was the unanimous decision of the scholars of that time.  And once there is consensus among the Ummah, it becomes necessary for the later ones to accept it.  Imam Ibn Taymiyyah also declared it unlawful and illegal to follow the madhhab that he wants to think.  Fatwa of Ibn Taymiyyah – 32/26.

2-Why Madhhab Mani?  Made by Mufti Rafiqul Islam Al Madani

3-What is madhhab and why?  Mufti Taqi Usman.

In writing the answer