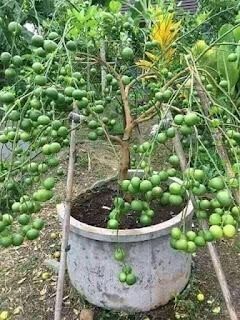 The Prophet was once asked, “Can a believer ever be cowardly?”

Again the question was asked, “Can a believer ever be stingy?”

Asked again, “Can a believer ever be a liar?”

The Prophet said, ‘No, a believer can never be a liar.

That is, a believer may be a coward or a coward, but falsehood can in no way be characteristic of a true believer.

In another hadith, the Prophet (peace and blessings of Allaah be upon him) said, “All kinds of dispositions have been given to the believer except treachery and lying.” [Musnad Ahmad: 21149]

That is, a believer can commit any sin at the instigation of instinct, but cannot act as a traitor or a liar.  These are not compatible with any believer.  These are noticeable among those whose faith is skeptical, fragile or weak.  So these two habits are utterly negligible.

We have all read or known the story of the liar shepherd.  The reality is that if you ever get caught lying, people will lose confidence and trust in you.  No matter how good you are in the future, you will not be able to restore that confidence.  The narrators of the hadiths (rabbis) who have been known to have lied in their lives have not been accepted by the hadith scholars.  On the contrary, the hadith narrated by them is clearly stated as ‘Mawdbu’ (fake / fabricated).

Truthfulness was one of the key factors in the success of our Prophet’s mission.  He never told a lie before the Prophethood, so the golden men like Abu Bakr (R.) accepted the Prophet’s call in one sentence and said, ‘This is the truth as he says it.’  He would break down in despair;  Because he knew that what the Prophet said was no exception.

I have seen among many religious people that they do not pay much attention to this matter.  When faced with a slightly challenging or embarrassing situation, he hurriedly lies.  Naujubillah.  But in the authentic narration, the main sign of a hypocrite is that he lies.

Remember, if you ever lie to please someone, you will lose faith in that person for the rest of your life.  Because, he will think, ‘Today he is lying for my sake, tomorrow he may lie to me for the sake of others!’