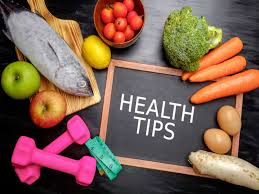 Advocate Md Abu Zahir, Member of Parliament for Habiganj-3 constituency and President of District Awami League, expressed his gratitude to Prime Minister Sheikh Hasina, MP, party leaders and well-wishers at all levels. He also wished blessings to all so that he could recover 100% and join the people’s activities quickly. MP Abu Zahir thanked Allah Almighty and said, “Hon’ble Prime Minister Sheikh Hasina has not only nominated me for the boat symbol three times in a row. She has flown me to Dhaka by helicopter and admitted me to the Combined Military Hospital (CMH for Advanced Treatment) before, in 2005 when I threw a grenade.” Wounded in the attack, he sent me abroad for better treatment, for which my family and I are forever indebted to the Prime Minister. I want to thank the Prime Minister, the Minister for all the people in my constituency, “he said. Eternal gratitude. “They have repeatedly given me the highest respect. Every time I have been in danger, Dalmat has been on my side. I am trying my best to consider public service as worship. I have spent eight long months with you since the corona infection began. We have provided government and personal assistance to the poor brothers and sisters of the system. My labor is significant with the love I have received from you since I was born. “After I was infected with the corona virus, people from different walks of life, including leaders and activists of the Awami League and allied organizations, inquired about my physical condition,” he said. Milad-doa mahfils and doa mahfils have been organized in the district by various religious institutions, educational institutions, political, socio-cultural, professional organizations and private initiatives. Apart from party leaders and activists outside the country, expatriate Habiganj residents have organized prayers. May Allah Ta’ala keep me healthy with the prayers of all of you. That is why I am forever grateful to you. He wished blessings to all so that he could recover 100% quickly and involve himself in the activities of the people. MP Abu Zahir gave a sample for corona virus test on October 25 and the report came out positive the next day. Then one night he was at his house. The next day, on the instructions of Prime Minister Sheikh Hasina, MP Abu Zahir was taken to the Combined Military Hospital (CMH) in Dhaka. He was transferred from CMH to NAM building on 3 October due to negative follow-up report. He is currently isolated there. Incidentally, he has been working hard to make everyone in his constituency aware for eight months since the outbreak of corona in the country. Day and night he faced the invisible enemy. He was giving courage to everyone. The government and itself provided assistance to the homes of the financially affected people in Corona.