MP in Parliament after the mask saying ‘I love Muhammad (PBUH)’

I love Muhammad (PBUH) MP in Parliament after the mask written – Photo: Collected

Iman R. Rahmani, a member of parliament from the southeastern European country of Kosovo, took part in a parliamentary session wearing a mask reading “I love Muhammad” in protest of the Prophet’s insult.

The member of the Self-Determination Movement party took part in the general session of the Kosovo parliament on Sunday.  News agency.

Citing two reasons for wearing the mask, Rahmani said, “Kosovo’s ambassador to France, Candrim Gassi, has distributed an unacceptable report with caricatures of the Prophet Muhammad (PBUH).  But our organization did not protest against such a heinous act.

My second purpose is to let you know that we are now in the month of the birth of the Prophet (peace be upon him). ‘

Rahmani posted a picture of herself wearing a mask on social media and wrote, ‘Protest with peace and tenderness.  Do not despise or insult.  The Prophet Muhammad (peace be upon him) is the messenger of the liberation of mankind. ‘

Recently, while teaching in a school in France, a heretical teacher showed a satirical cartoon of the Holy Prophet Muhammad (PBUH).  As a result, a teenager of Chechen descent cut his throat and killed him.

The incident has caused a great deal of tension in the country.  Anti-Islam and anti-Muslim propaganda is being run.  In this, the minority Muslims are spending every moment in fear and anxiety. 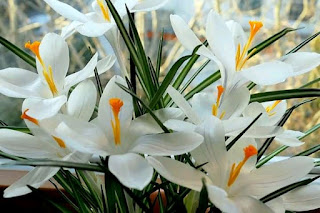 “This separatism seeks to establish control over the Muslim communities in France,” he said.  The display of images mocking Muhammad (PBUH) in government buildings in France will not stop. ‘

“We will never bow down to Islamic fundamentalists,” he said in a Twitter message on Sunday.

His remarks drew negative reactions from Muslims around the world.  In the Arab world, the boycott of French products is in full swing.