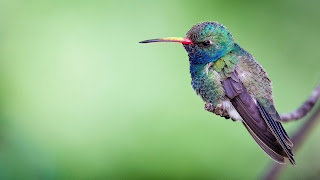 Workers’ strike demanding 11 points including food allowance has created a stalemate in the transportation of goods across the country’s waterways. As a result, unloading activities at seaports have been stopped. Lighter ships are sitting lazily with goods on the docks. The Bangladesh Shipping Workers Federation started a continuous strike of goods and oil tankers from midnight on Monday.

Meanwhile, Mahbubul Alam, president of The Chittagong Chamber of Commerce and Industry, has written to State Minister for Labor and Employment Begum Mannujan Sufian to take urgent action to call off the strike. The letter was sent on Tuesday. There, the president of the chamber said that the boat workers have started an indefinite strike from the night of October 19.

As a result, unloading of industrial raw materials and daily necessities at the outer port of Chittagong port has been stopped. The non-operation of lighterage ships will disrupt the transportation of these raw materials and goods across the country, as well as create a new crisis by creating ship congestion and container congestion at the port. Imports and exports of goods, including demerge charges, will increase due to an increase in ship turnaround time and overstay.

Traders will suffer financially and ordinary consumers will have to buy essential commodities at extra cost. He said that at this time of the global epidemic coronavirus, ordinary people suffering from financial problems will face more pressure. There will be a risk of a new crisis for the traders who are conducting activities to restore the momentum of the economy.

In the letter, the president of the chamber further said that considering the current economic context of the country, such strikes are more harmful than any other time. This will disrupt industrial production and disrupt the supply of essential commodities across the country. As a result, the market will be unstable and commodity prices will rise uncontrollably, which will hurt the macro and macroeconomy.

However, the owners ‘and workers’ organizations have no formal initiative to end the ongoing strike of cargo ship workers. The two sides have not received any formal offer from the government. Owners ‘and workers’ organizations have made contradictory statements about the strike. The Bangladesh Cargo Vessel Owners Association has termed the strike as illegal and against the High Court verdict.

If the strike is not called off, the strike workers will not be paid from today, the leaders of the organization said in a press conference. They said the owners would not operate the ship if the workers’ demands were met. On the other hand, the leaders of the strike-calling organization Bangladesh Naujan Sramik Federation have said that the strike will continue till the demand is met. Protests and rallies of workers in different districts of the country including Narayanganj and Chittagong are continuing in support of the program.

Relevant sources said that informal talks are underway between the government, the owners, and the leaders of the workers’ organizations. Several groups of companies have agreed to pay an allowance of Rs 2,000 to ship workers. If the rest of the employers agree to the same amount of allowance, there may be a formal meeting with all parties at BIWTA or the Department of Labor. However, one of the owners said that they are willing to pay a minimum of Rs 1,000 per month as a food allowance to the workers. Some labor leaders are not agreeing to this.

Asked about this, BIWTA chairman Commodore Golam Sadeq told Jugantar on Tuesday evening that there was no progress in resolving the crisis. Officially no one came forward. Chowdhury Ashiqul Alam, general secretary of the strike organization Bangladesh Naujan Sramik Federation, gave similar information.

He said the owner and the government had not received any formal proposal from anyone. Our strike will continue until the demand is met. Workers in different districts of the country are holding workshops, processions, and meetings to realize their demands. If these programs are obstructed, we have to think of more stringent programs.

Cargo Owners: Bangladesh Cargo Vessel Owners Association held a press conference on Tuesday afternoon on the strike situation. The general secretary of the organization. Nurul Haque said the high court had banned the workers from calling for a strike.

There is also a ban on the food allowance they are demanding. He also said that the court would file a contempt case against the workers’ federation for calling a strike in defiance of the ban. He also commented that there was a black hand behind the strike.

Nurul Haque said, if the demands of the workers are imposed on us, it will not be possible to operate the ship. We will not sail. Our ships don’t get trips. We have no income, I can’t pay for 2-3 months. Even then food allowance is being imposed. In response to a question, he said that some groups of companies may announce a food allowance of Rs 2,000 to their ship’s workers.

It’s their business. They have no more than 500 ships. They give 4-5 trips a month violating the rules. The number of ships owned by ordinary owners is more than 2,500. They will not pay this allowance.

The leaders made six demands at the press conference. These are: All parties must abide by the High Court’s ban on food allowance. Ships operating in violation of Water Transport Cell (WTC) policies